The children discussed and wrote about the characters in Jack and the Beanstalk. They were encouraged to use adjectives to describe the characters and there was lots of thought on alternative words we could use when describing them. So for example, when talking about the giant, instead of "big" the children thought of alternative words such as, tall, enormous, huge and massive! 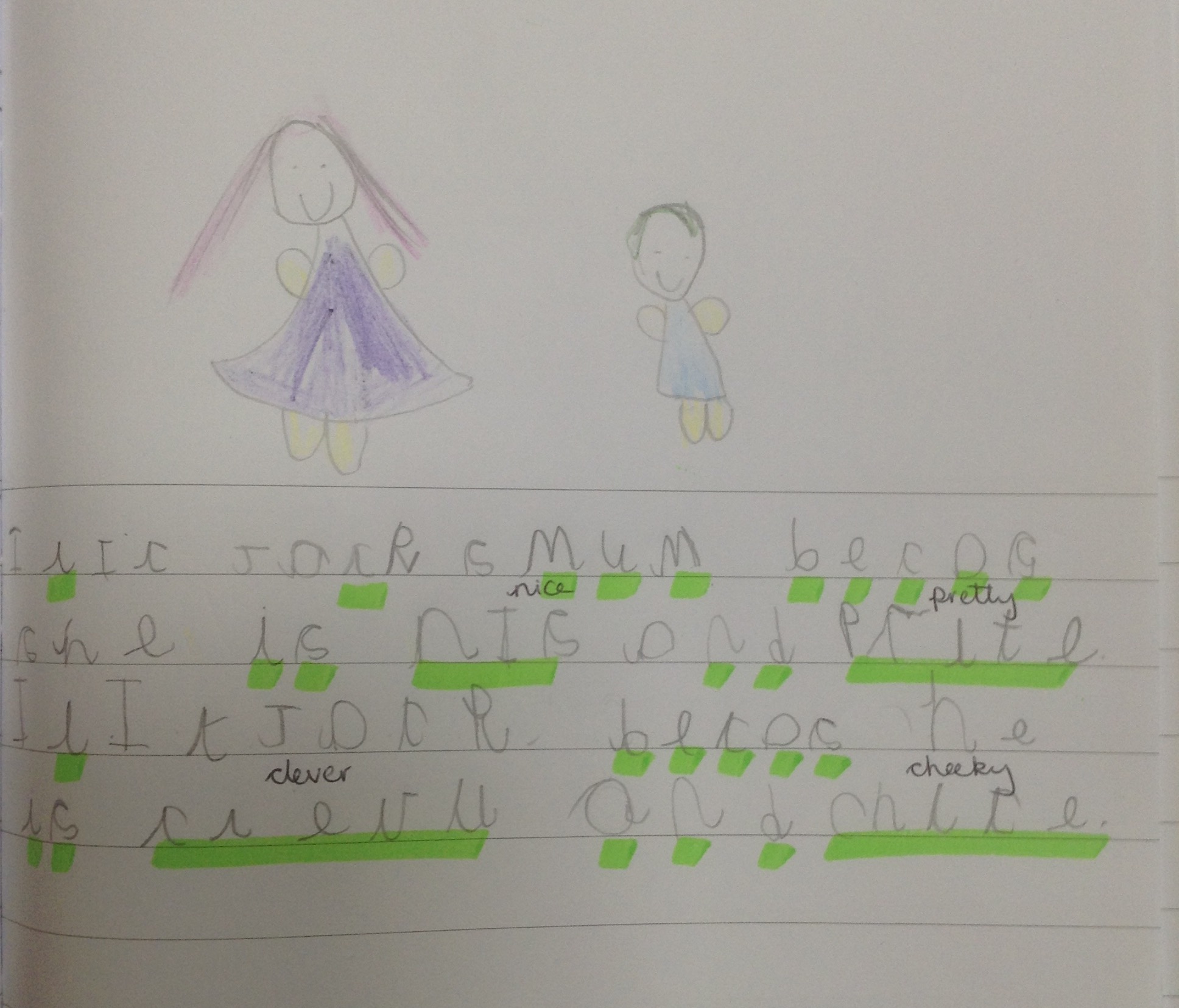 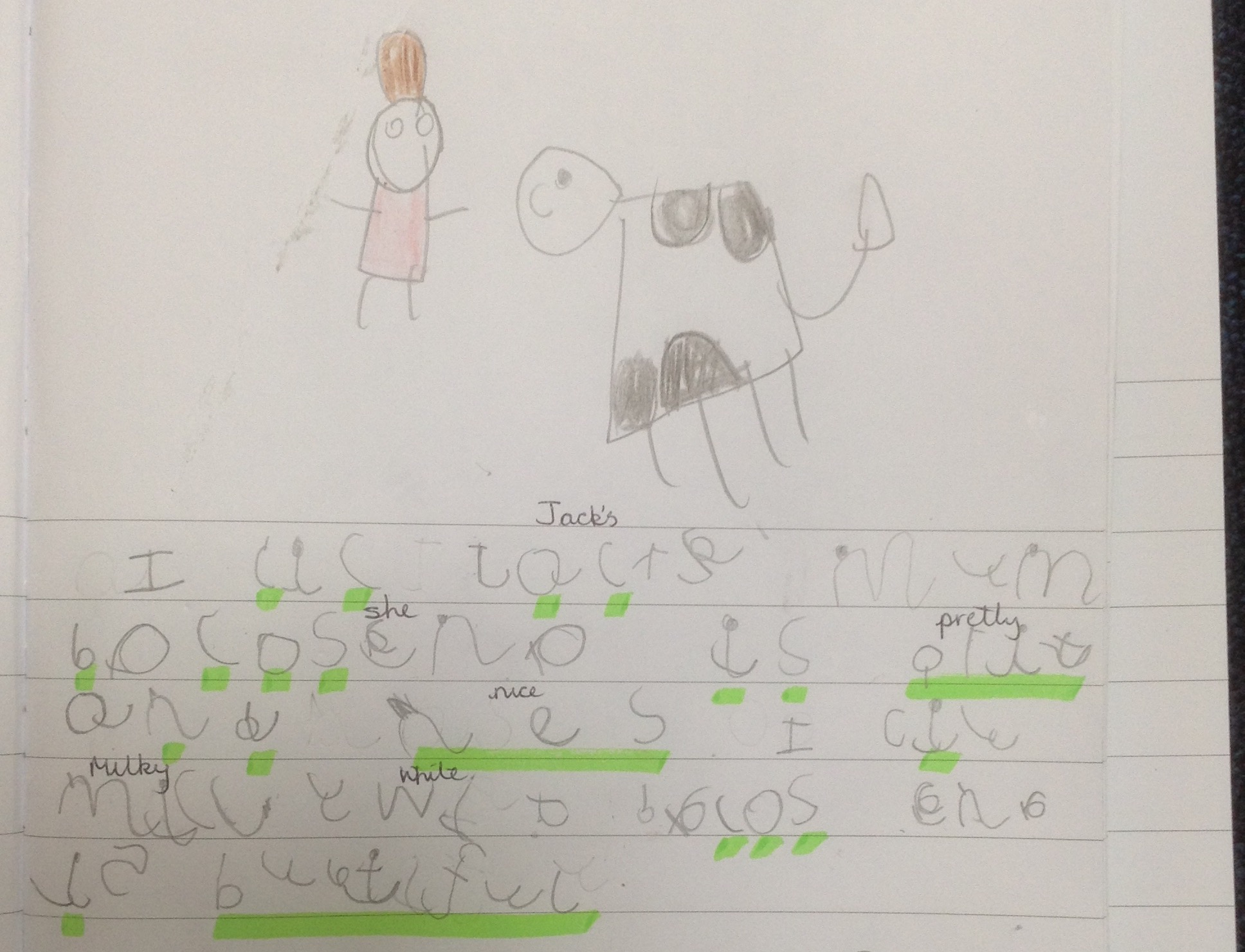 They also wrote about their favourite characters in the story giving reasons why they liked them, my favourite was Evie who said that she liked the giant because he was funny as he kept falling asleep!

The children also planted their own beans and are keen for them to grow as they are now in competition to see whose beanstalk grows the tallest! 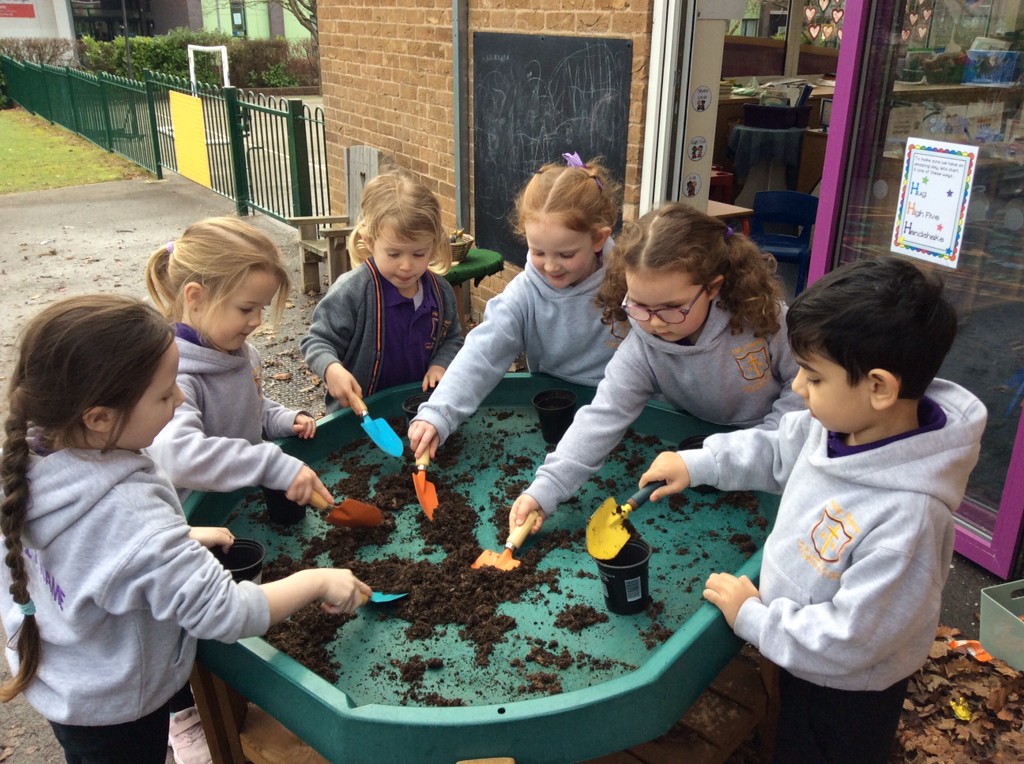 This week the children will be introduced to the phonemes qu and ch . We will be using these sounds and those learnt so far to blend the sounds (push sounds together) to read words and segment (break sounds up) in a word to spell.
We will introduce the next set of tricky/high frequency words this week: some and all. Also, as usual, we will also be reviewing the tricky words learnt to date.

We continue with Jack and The Beanstalk this week, we will focus on the middle of the story. This is often the part of a story where there is a problem that needs to be resolved (in this case the appearance of a giant!) The children will then work towards writing sentences about the different events in the middle of the story and include adjectives (wow words), in their writing.
Whilst learning more about plants and the different parts of a plant, the children will also keep a close eye on their bean seeds and see if their cress seeds are ready to eat before the end of the week!

Through the use of different equipment such as ten frames, multilink and Numicon, the children will secure their understanding of the pairs of numbers that make 5, and then use double dice frames to begin to explore 6 and 7 as numbers that are composed of ‘5 and a bit’.