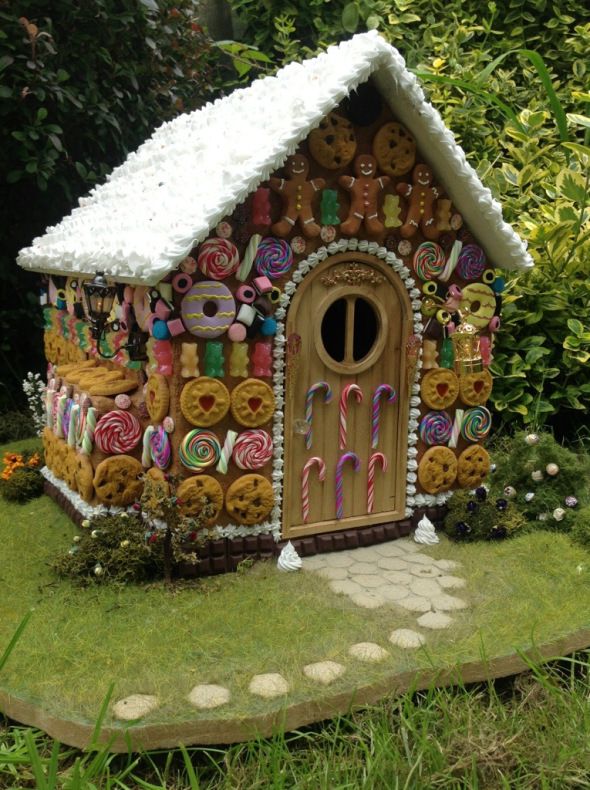 The children continued with the story of Hansel and Gretel, they have been concentrating on the beginning of the story. They thought about elements that begin a story, such as introducing the characters and setting the scene.
They wrote some great story starters including the setting and characters using great adjectives! 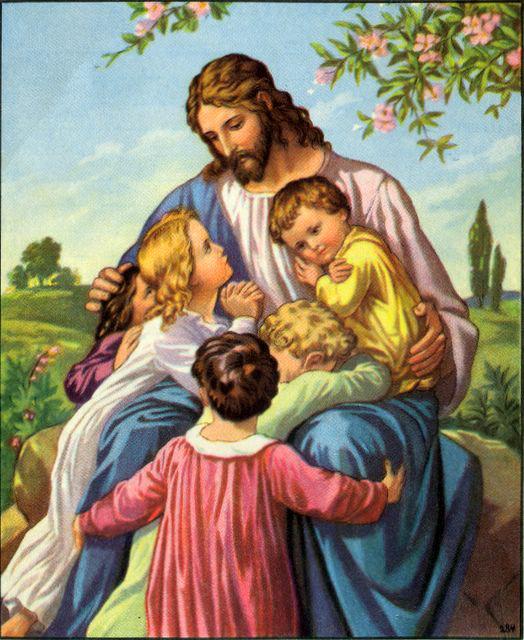 Later in the week, we also learnt the story of Jesus calling the children up to Him. The children then showed their understanding of the story creatively 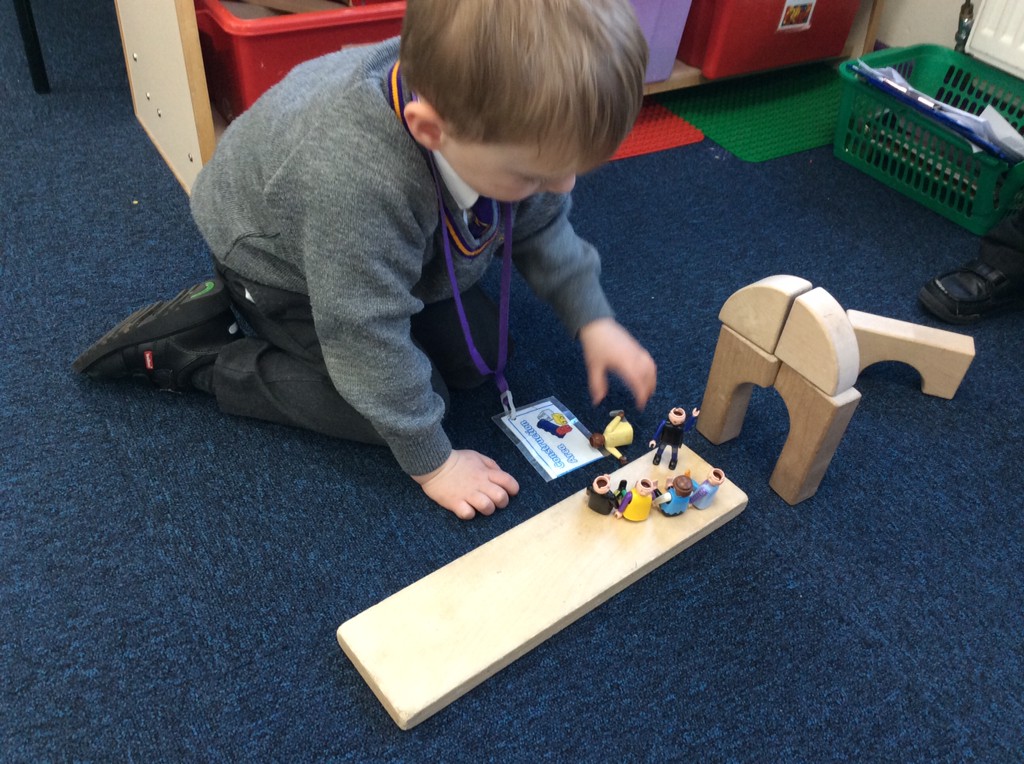 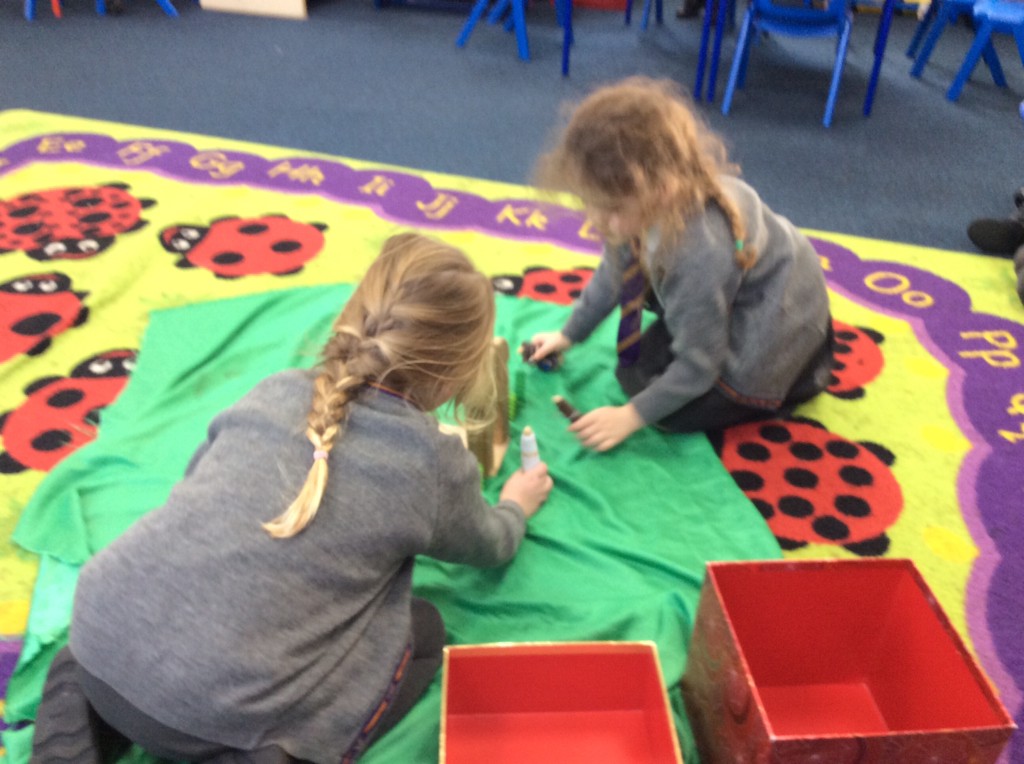 The children also listened the story of Jack Frost and enjoyed creating their own imaginary versions of what he might look like! 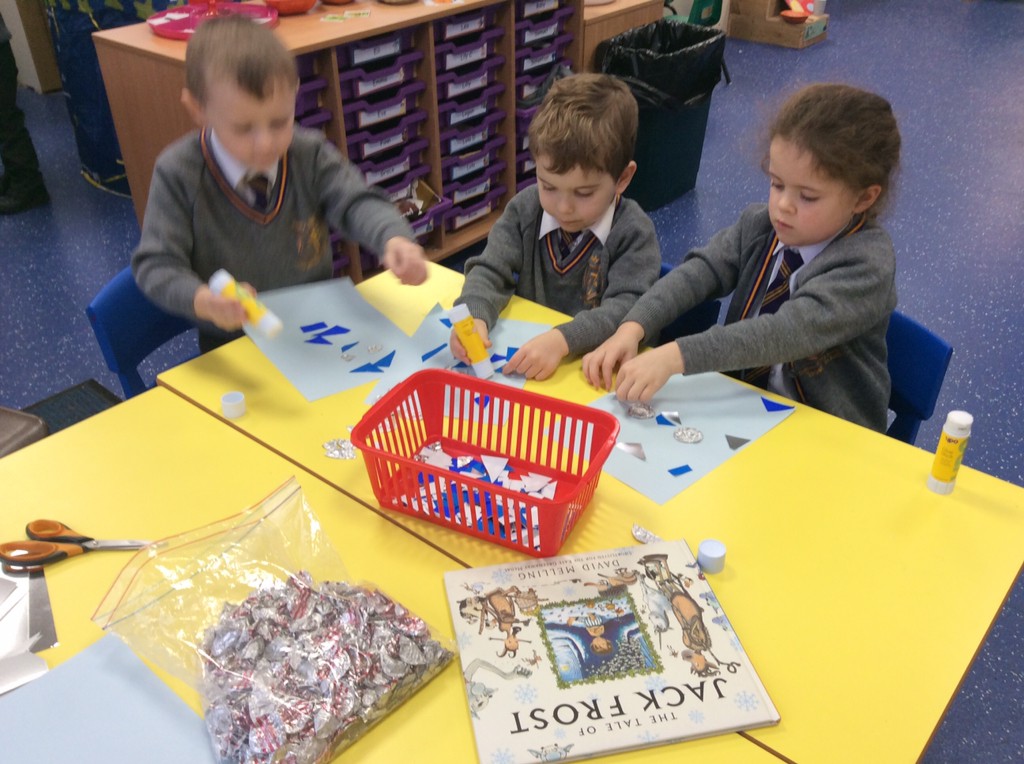 This week the children will be introduced to the phonemes y, z and zz. We will be using these sounds and those learnt so far to blend the sounds (push sounds together) to read words and segment (break sounds up) in a word to spell.
We will introduce the next set of tricky/high frequency words this week: old and little. Also, we will also be reviewing the tricky words learnt to date.

We start a new traditional tale this week, Jack and The Beanstalk. As with Hansel and Gretel, we will start with telling the story and role playing the different parts of the story. We will discuss characters and setting concentrating on using adjectives to make our writing more exciting! 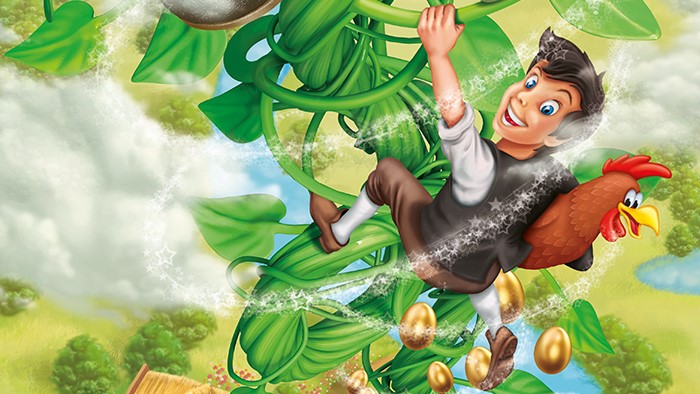 During the afternoons the children will get planting as they sow cress seeds and plant their very own beanstalk seeds. They will decide where is the best place to put them to grow and the bean plants will come with their very own pole so the stalks can climb up to the castle!

In RE the children will be learning about some of the people that Jesus cured who were ill.

We continue to learn addition this week in the context of money. The children will begin adding single pennies and will move on to adding different value coins together, learning the concept that a 2p piece for example is worth 2 even though it is only one coin. They will then use strategies learnt over the past two weeks such as objects, fingers and 100 squares to add the quantities together within a number sentence.

We will also be using ten frames as another method to teach children addition and subtraction as well as to help them with rapid recall of number bonds to ten. In the documents section of this page is a set of ten frames you can print and cut out to help children recognised numbers on a ten frame. 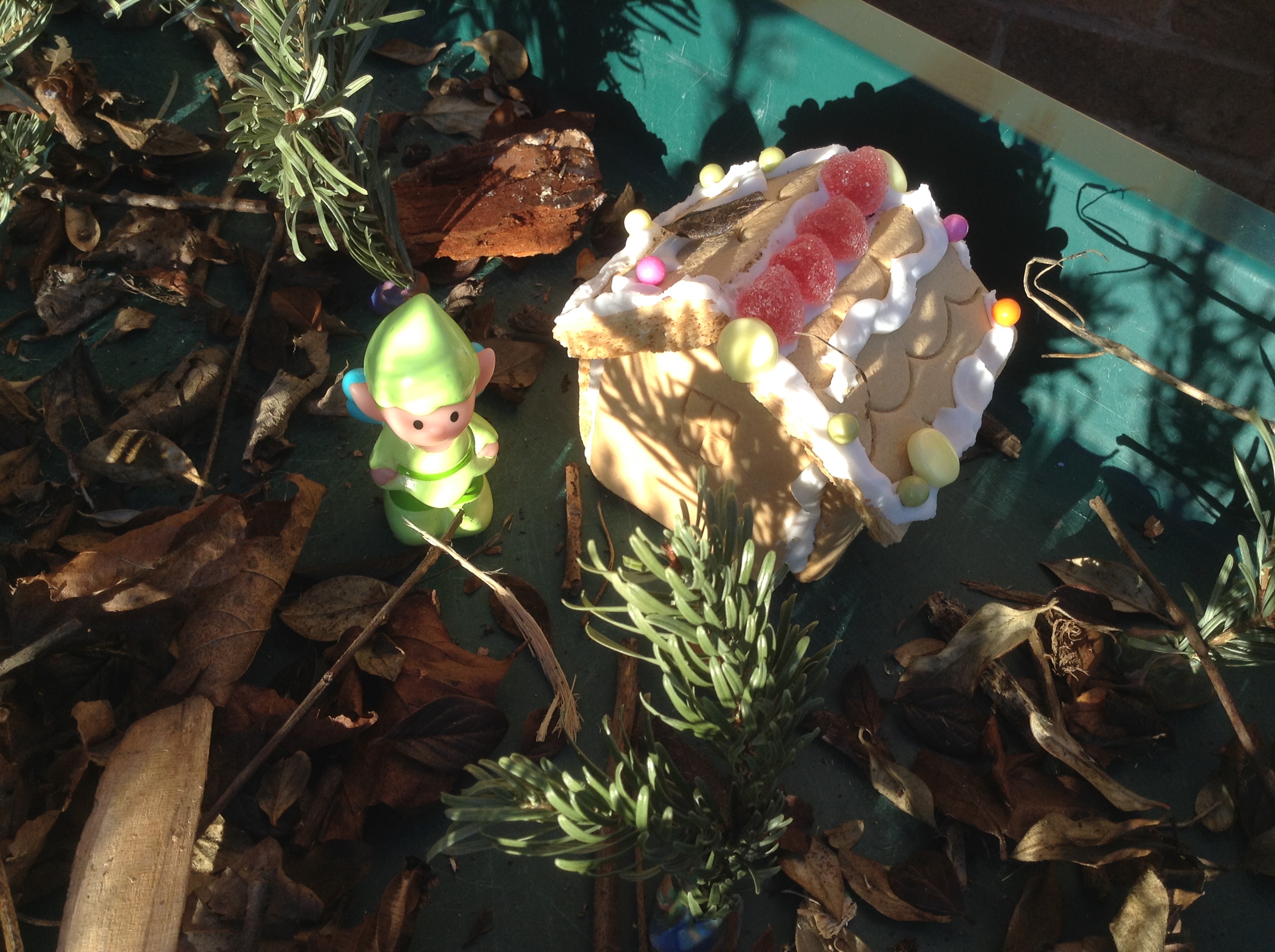